The history of Arkansas goes back to 1541 when Hernando de Soto arrived in the state and discovered a whole host of native tribes living in villages along the Mississippi River, including the Parkin and Nodena tribes that settled throughout the state.

On the south shore of the Arkansas River, Jean-Baptiste Bénard de la Harpe, a French explorer coming across the continent around 200 years later, discovered a small rock formation. It was he who named the rock formation “la Petite Roche” (the little Rock). This is how Little Rock got its name.

In the past decade, downtown has experienced dramatic growth and transformation, and it’s not slowing down anytime soon. Up and down Main Street and President Clinton Avenue, there has been a continuous stream of renovation and revitalization projects. There is no end to the new amenities that both tourists and residents can’t get enough of, such as the renovated Robinson Center and the restaurants that have recently popped up along Downtown’s Creative Corridor and on South Main.

In River Market and 300 Third towers, metro residents can live in a high-rise, river-view condos, skipping the commute. Other people settle in SoMa or the historic Quapaw Quarter. There are eco-friendly homes, grand Southern mansions, and refurbished eye-catchers in these neighborhoods, not to mention local restaurants like South on Main and The Root Cafe.

Those who work in the heart of the capital city on Monday through Friday are able to walk to a number of popular establishments such as Capital Bar & Grill, Samantha’s Tap Room & Wood Grill, Cache Restaurant, At The Corner, and many others.

Visitors and residents alike are attracted to explore the temporary exhibits and learn more about Bill Clinton’s history at the William J. Clinton Presidential Center.

There is an abundance of regional power players and nationally known names here, such as Stephens Inc. (the largest investment bank outside of Wall Street), Heifer International (a charity dedicated to fighting hunger and poverty worldwide), Arkansas Children’s Hospital, and state government, based at the capitol and nearby buildings.

The popular Bernice Garden Farmers Market is held every Sunday from April through October in SoMa, a hip neighborhood south of downtown. The ESSE Purse Museum, Moxy Modern Mercantile, and Mockingbird Bar & Tacos are a few of the hot spots in the neighborhood. In the last few years, Rock Town Distillery moved into the neighborhood, becoming Arkansas’ first legal distillery after prohibition.

One of the newest additions to the downtown area is the East Village. There are several breweries located nearby Heifer International, a Southern cuisine restaurant, an indoor/outdoor food truck park, and apartments with spacious loft spaces. 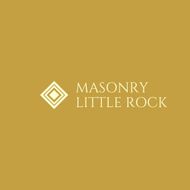 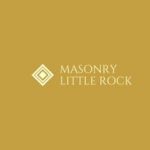